We are continuing our deeper look into different types of feedstock that Renewable Energy Group (REG) studied in 2009 in the Feedstock and Biodiesel Characteristics Report. This week’s two feedstocks are Coconut Oil and Coffee Oil. Here is a link to the main page of feedstocks we have examined so far. 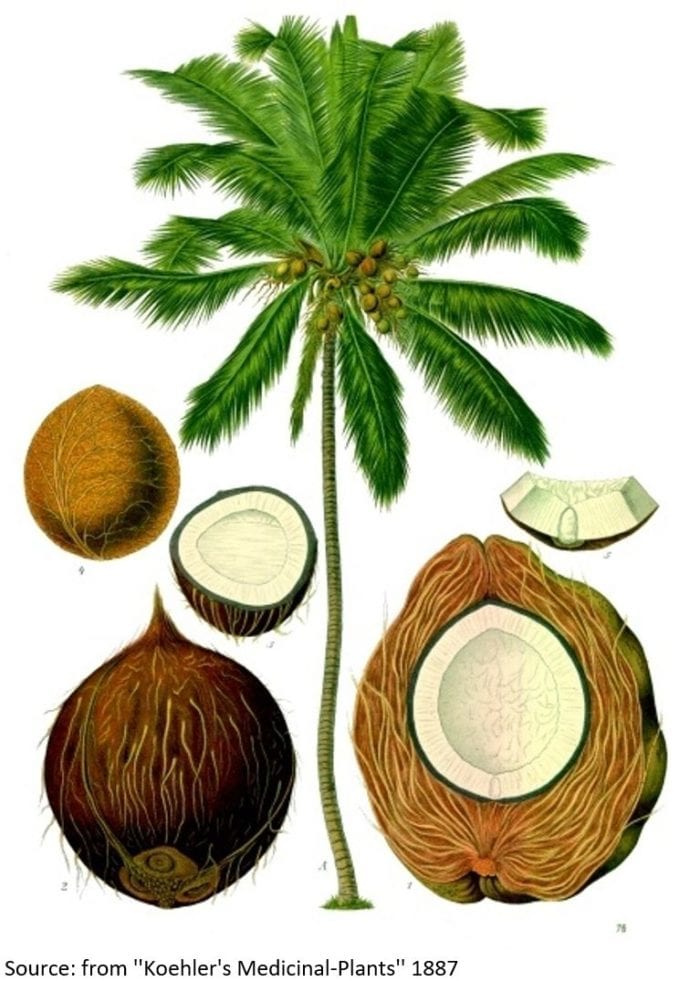 As a background, lets talk a little bit about Coconut trees (Cocos nucifera) they are part of the palm tree family (Arecaceae) and they love sandy soils and can tolerate a high level of salt. The trees prefer regular rainfall, high humidity 70-80% and lots of sunshine.  This is why we see them on the shorelines and beaches in the warmer parts of the world. They need year round warmth and moisture to grow well and produce fruit.  The Coconut palm tree can grow up to 98 ft tall and has 13-20 ft long leaves. A tree can begin producing fruit as early as 6 years but usually take between 15 to 20 years to reach its peak producing capacity. Most trees produce about 30 fruit a year but under ideal conditions they can produce as much as 75 a year.  Coconuts can be found in more than 90 countries with most of the production coming from tropical Asia.  The Philippines, India, and Indonesia account for over 72% of the production.

Coconuts already have a variety of uses, as food, cosmetics and animal food. Virtually every part of the palm can be used by humans for economic value.

Production of the oils used for biodiesel requires the coconut meat be removed from the seeds, dried and then pressed for the oil. A coconut that is between 12 to 15 months old is best for this.  You can expect to get about 50ml of oil per nut. The remaining meal is then able to still be used as an animal feed or can even be turned into a flour for baking. 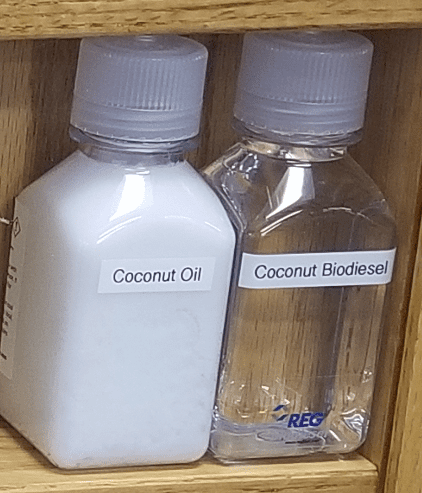 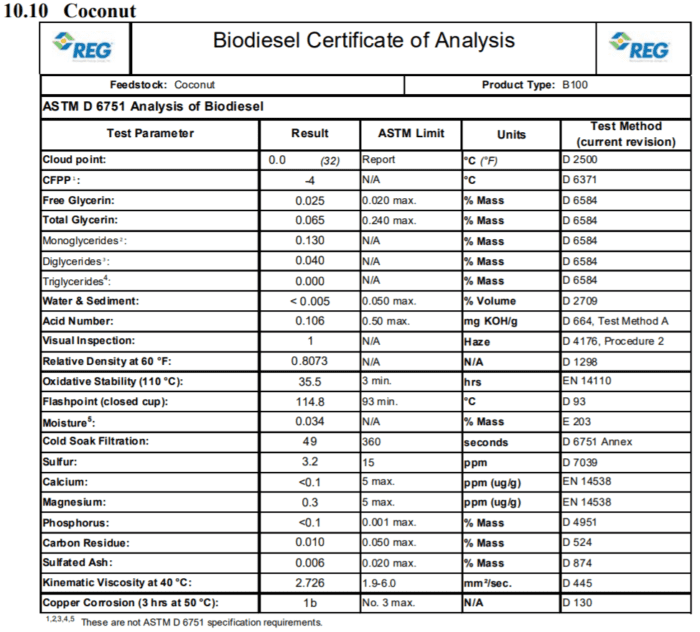 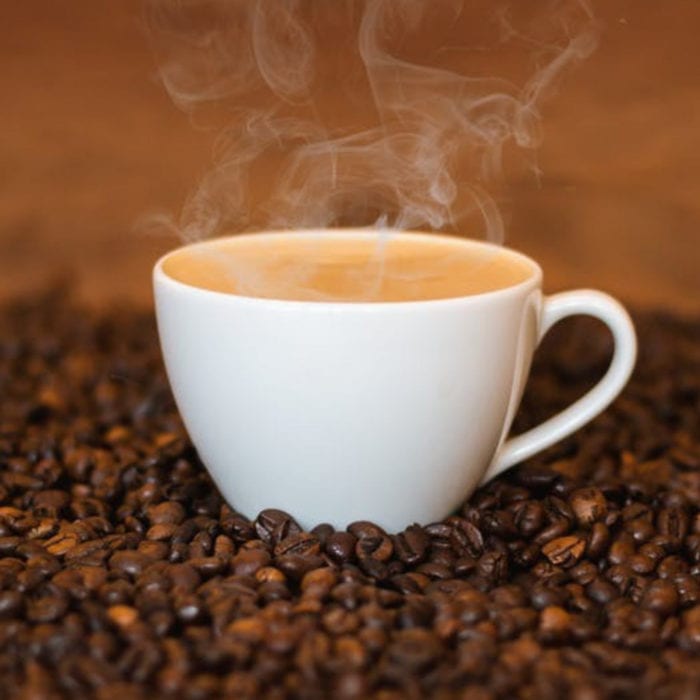 Coffee comes from roasted coffee beans, these “beans” are actually the seeds from berries of the Coffea species, with the two most common species being C. arabica and C. canephora. People have been drinking coffee since the 15th century.  Coffee plants are evergreen shrubs that can grow up to 15 feet tall. They have glossy, dark-green leaves about 4 to 6 inches long.  Brazil, Vietnam, and Colombia are were most of the coffee is coming from.

Most Coffee grounds are thrown away or used as compost, but if we were to extract the oil possibilities arise. Coffee oil comes from spent coffee grounds; the grounds can contain as much as 11 to 20 percent oil. Extracting the oil doesn’t stop the grounds from being used as compost and you now have an oil that can be converted into biodiesel.  In the past the process of extracting the oil was cost prohibitive and took many steps to complete. There have been some recent advances in this process that could change this in the future. This method, if used on all coffee grounds, could produce over 286 million gallons a year of biodiesel. 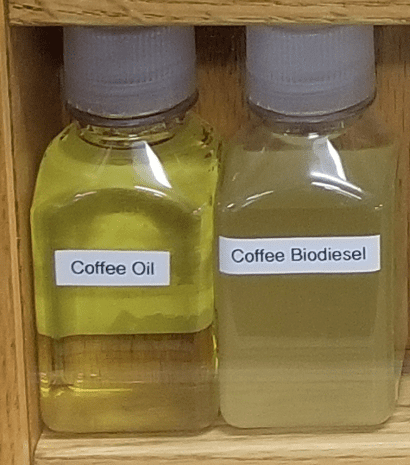 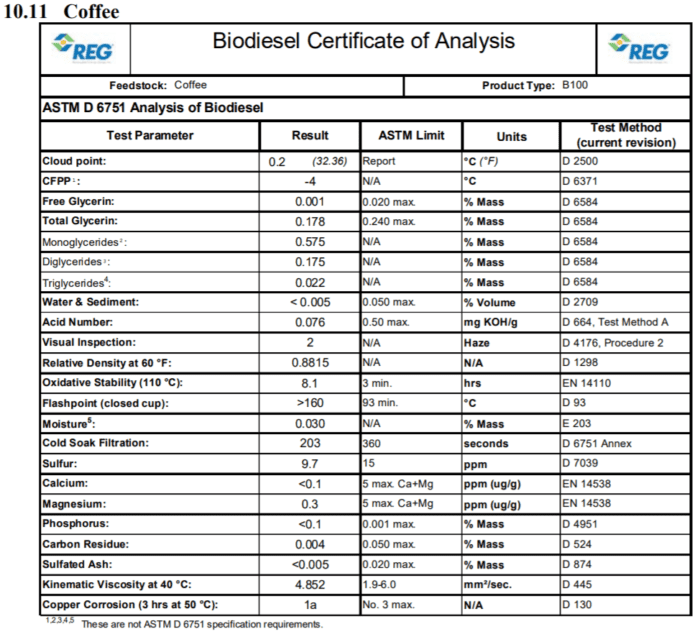