This deeper look into biodiesel feedstock includes one that is very controversial – palm oil. We will also be covering perilla seed oil as we continue our look into different types of feedstock that Renewable Energy Group (REG) studied in 2009 in the Feedstock and Biodiesel Characteristics Report. Read more about the feedstocks we have examined in the past.

Palm oil is produced from the fruit of oil palms such as the American oil palm Elaeis oleifera, the maripa palm Attalea maripa, and most commonly the African oil palm Elaeis guineensis which is originally native to the area between Angola and the Gambia. This plant is different than the coconut oil that that comes from Cocos nucifera. (Read here for more information about coconut oil as a feedstock.) The E. guineensis can grow between 60 – 90 feet high with a single stemmed palm tree. Fruits are ovoid-oblong drupes, ¾ inch –2 inches long, tightly packed in large bunches with 1000–3000 fruits (Source). 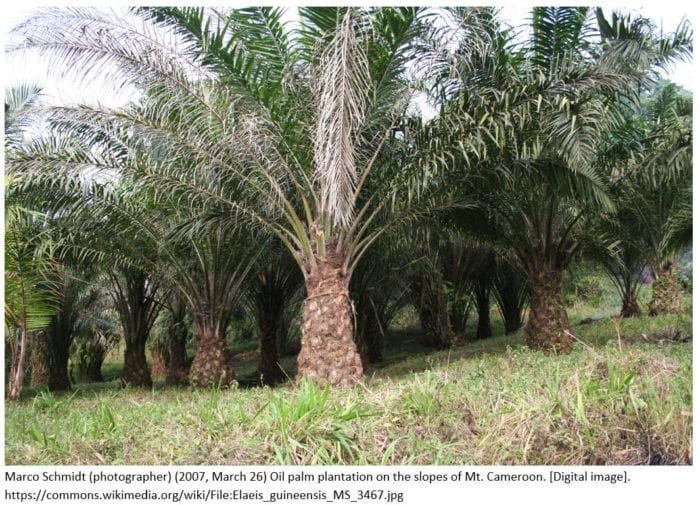 The natural state of palm oil as a saturated fat, is slightly reddish and semisolid at room temperature. For every 225 lbs. of fruit bunches, typically 50 lbs. of palm oil and 3.5 lbs. of palm kernel oil can be extracted. Based on the picture of the sample, we can assume that this source has been refined, bleached and deodorized to remove the beta-carotene that gives it the reddish color the natural state of palm oil.

Palm oil is edible and is used as a cheap substitute for butter and other vegetable oils. In fact, palm oil is in about half of all packaged products that are sold in supermarket, and not just in the food, but in things like soaps, cosmetics, and detergents. The controversy over palm oil is where it is grown and how the farmland is acquired. The main culprit is the African palm oil tree. It has been introduced and grown in Madagascar, Sri Lanka, Malaysia, Indonesia, Central America, the West Indies and several islands in the Indian and Pacific Oceans.  The problem that arises is rainforests are being cut down and replaced with this profitable crop. The incredible diversity of the rainforest is replace with a single species, and this has led to reductions in animal habitats such as orangutans, elephants, rhinos, and tigers (Source). If you would like to know more follow some of the links that were supplied as sources.  As far as green house gases and the reduction of them a recent study by the University of Göttingen investigated the whole life cycle of the greenhouse gases and here are the results (Source):

“The researchers found that using palm oil from first rotation plantations where forests had been cleared to make way for palms actually leads to an increase in greenhouse gas emissions compared to using fossil fuels. However, there is potential for carbon savings in plantations established on degraded land. In addition, emissions could be reduced by introducing longer rotation cycles or new oil palm varieties with a higher yield. “

The other side of this argument is that the production of this oil is a lifeline for some countries. Malaysia and Indonesia alone employ 4.5 million people directly in the industry with millions more depending on palm oil production indirectly for employment (Source). Stopping the use of palm oil would endanger many of these people. 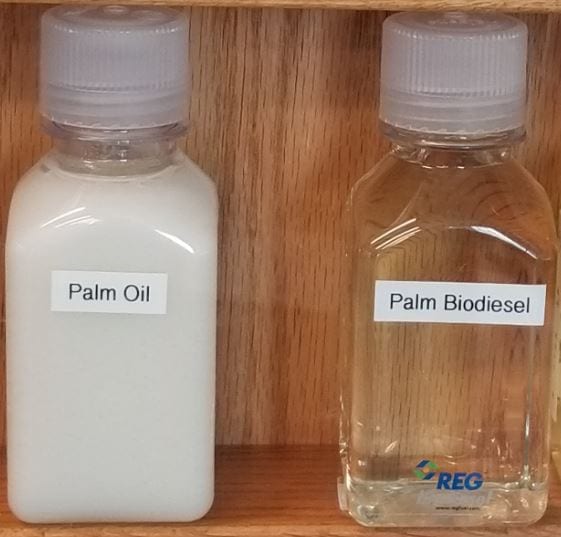 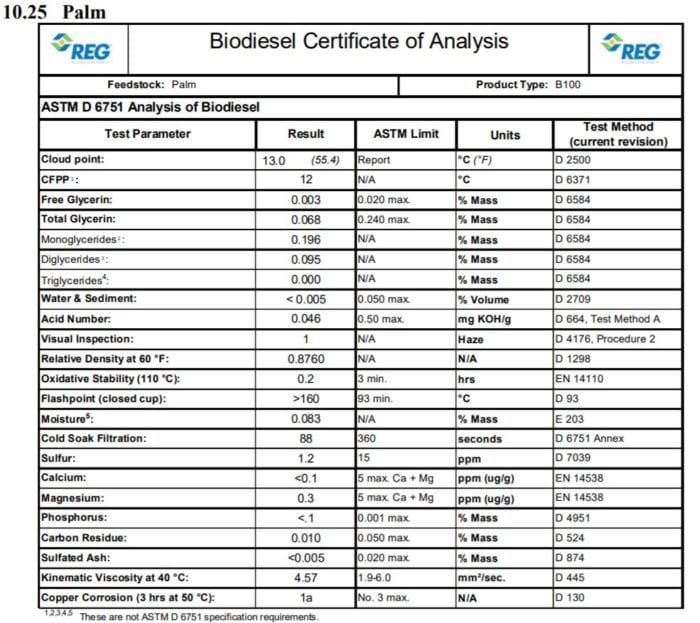 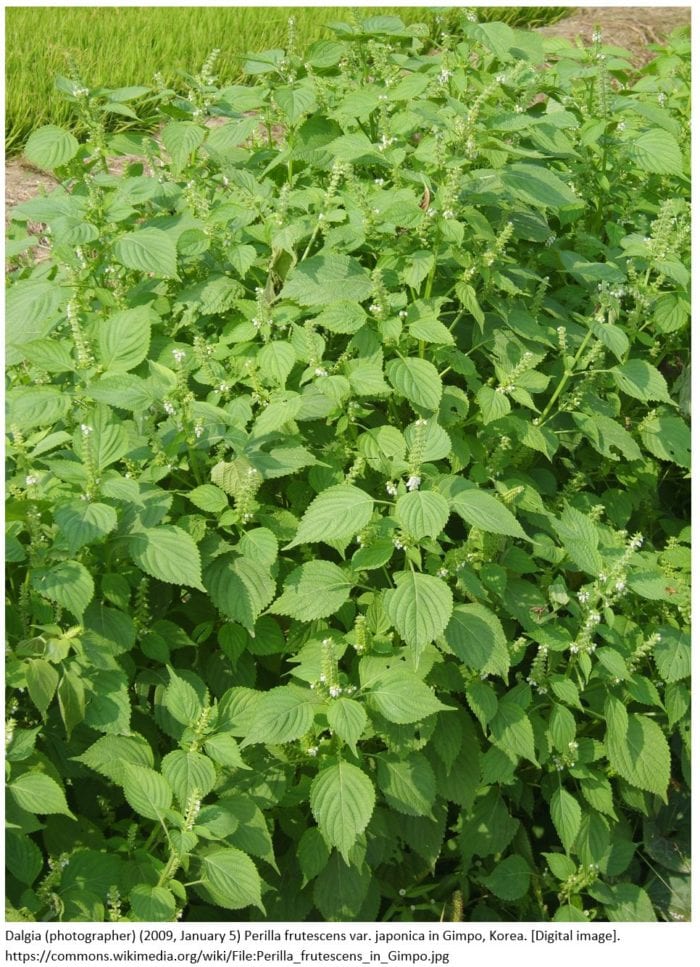 Perilla is native to India and China in the mountainous regions and cultivated in China, Korea, Japan, and India. Introduced varieties of this plant are considered a weed in the United States and go by the common names Chinese basil, wild basil, perilla mint, beefsteak plant, purple perilla, wild coleus, blueweed, Joseph’s coat, and rattlesnake weed. This herb grows easily unattended, but is toxic for cattle and horses.

This annual herb is 1 ft to 6 ft tall with a square stem and green or purple minty smelling leaves. The plant takes about 4 months from germination to start flowering, and the seeds mature about 6 weeks after.

The flowers, leaves, seeds, and sprouts are all used in Japanese, Korean, and Vietnamese foods either as flavoring or a garnish. According to Pl@ant Use:

“Perilla serves as a side dish with rice and as an important ingredient in noodles, baked fish, fried foods, cakes and beverages. The leaves can be easily dried for off-season use. The purple-leaved forms, which contain large amounts of anthocyanins, are used for coloring pickled fruits and vegetables. These forms are also very decorative ornamental plants.”

While mostly used as a food, the plant is also used for an antidote for fish and crab meat allergies in Japan and has some potential as an anti-inflammatory and anti-allergic reagent.

The seeds contain 35-45 percent oil. In addition to being made into biodiesel, this oil is also used for perfumes and sweetening agents. 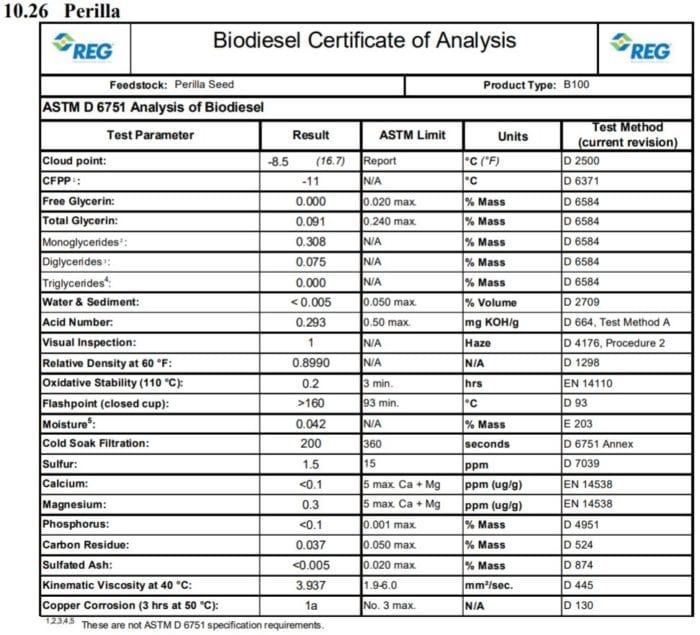