Looking further into biodiesel feedstock we continue with Poultry Fat and Rice Bran Oil in our deeper dive into the feedstocks that Renewable Energy Group (REG) studied in 2009 in the Feedstock and Biodiesel Characteristics Report. If you would like to see more you can  read more here about the feedstocks we have examined in the past.

Rendering is the process of turning the left over animal products into fat or tallow. After the common parts of the animal are harvested the remaining parts are ground up and cooked. The oil and fat is then separated from the protein solids. Poultry fat, commonly made from chicken, 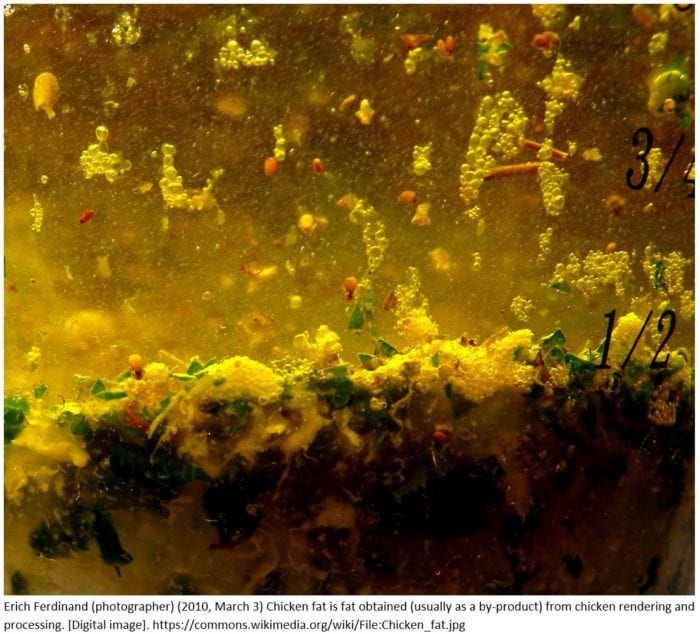 is different from other forms of fat and tallow.  It tends to have less saturated fat. According to Farm Energy:

“Beef tallow and pork lard are typically about 40% saturated (sum of myristic, palmitic and stearic acids). Chicken fat is lower at about 30-33%. For comparison, soybean oil is about 14% saturated and canola oil is only 6%. Thus, tallow and lard are usually solid at room temperature and chicken fat, while usually still liquid, is very viscous and nearly solid.” 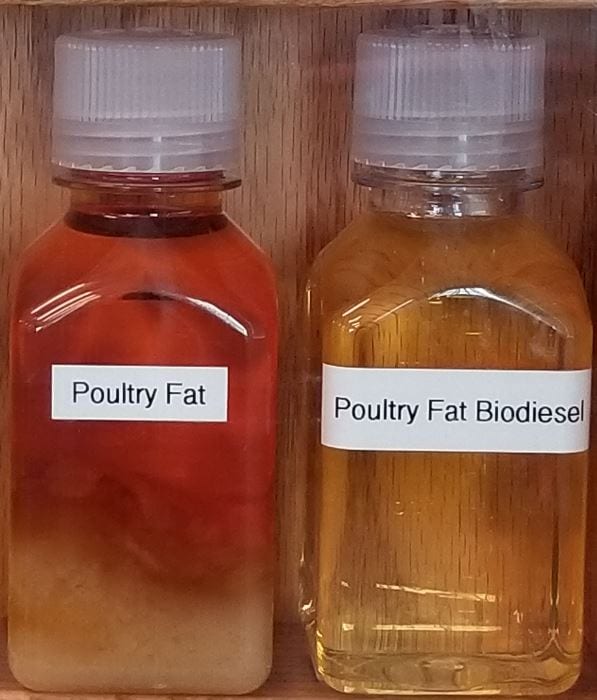 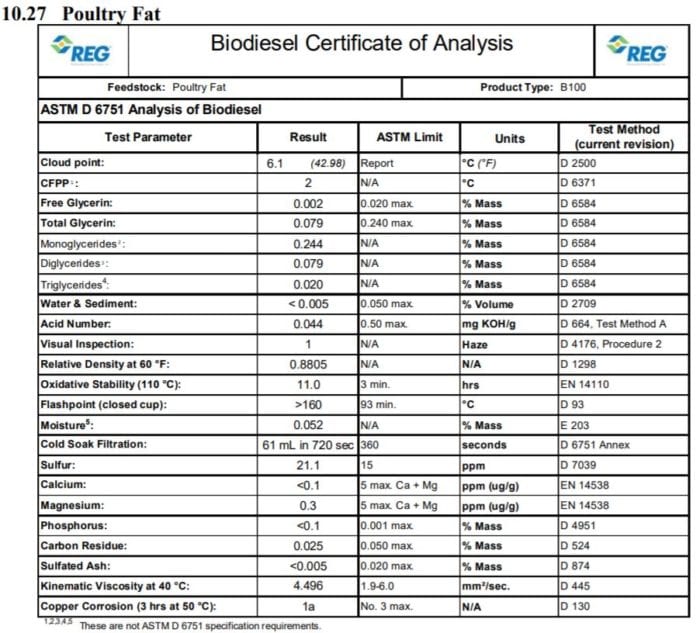 Rice bran oil is a vegetable oil which is greatly available in East Asia countries. Rice bran is a byproduct of rice processing, containing about 15-23% oil.  The Rice Bran Oil that was used in this study was refined, bleached, deodorized, winterized (RBDW).

Rice bran oil is similar in make up to peanut oil made up of monounsaturated, polyunsaturated, and saturated fatty acids.

While the Oil is this study was considered non-edible, when processed in other ways the oil can be used in cooking and is popular for Asian countries such as Bangladesh, China, India and Japan. 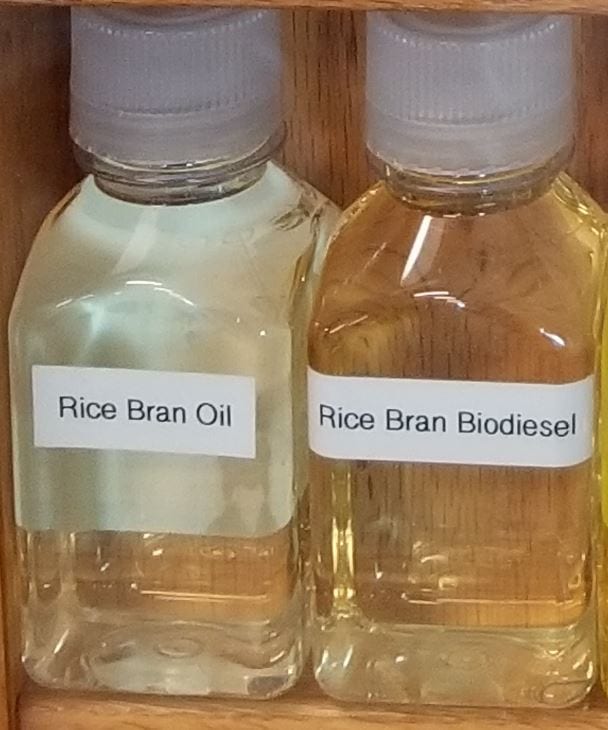 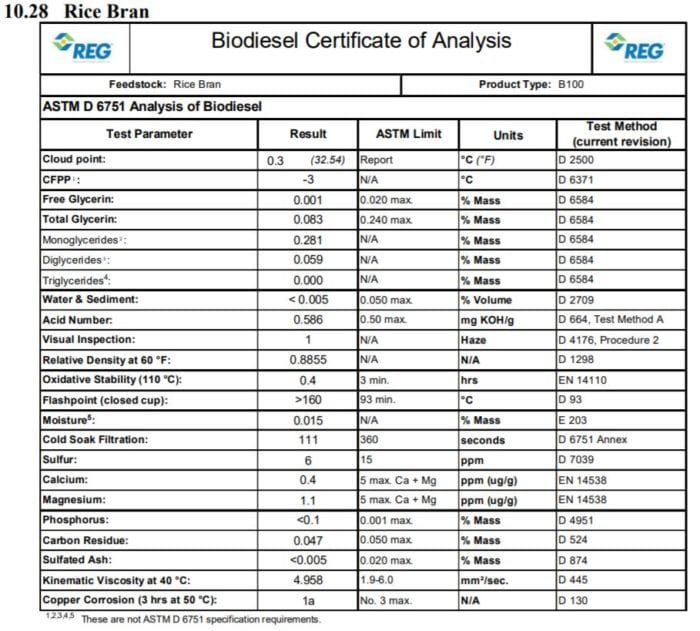