This post covers one of the most common Feedstocks in the US, Soybean Oil. In addition, we are also looking into Stillingia Oil in our deeper dive into the feedstocks that Renewable Energy Group (REG) studied in 2009 in the Feedstock and Biodiesel Characteristics Report. If you would like to learn more you can follow the link to read more here about the feedstocks we have examined in the past.

Soybean (Glycine max) is a legume that originated in East Asia.  This plant has had a long history of cultivation. Many botanists believe that this bean was first domesticated as early as 7000 BCE in China.  It grows well in warm, well-drained sandy soil.  According to Encyclopedia Britannica, 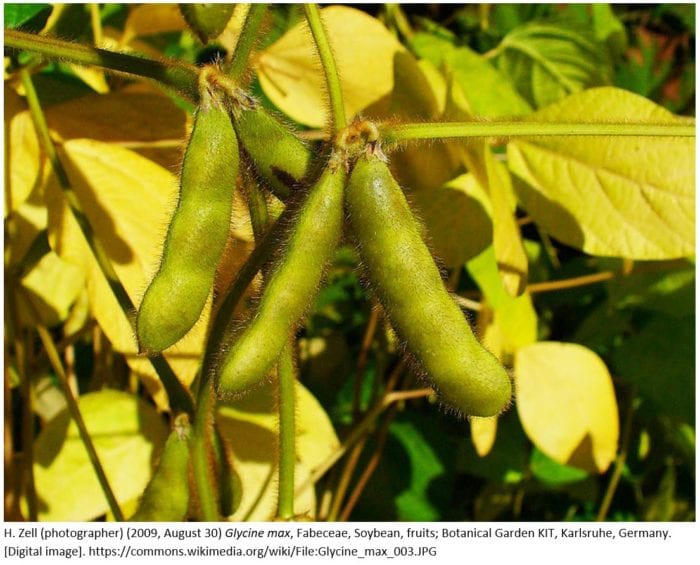 “The soybean is an erect branching plant and can reach more than 2 metres (6.5 feet) in height. The self-fertilizing flowers are white or a shade of purple. Seeds can be yellow, green, brown, black, or bicoloured, though most commercial varieties have brown or tan seeds, with one to four seeds per pod.”

The United States has had soybeans as part of its history as far back as 1765.  In the 1950’s the US became the world’s largest exporter of soybeans.  If you would like to learn a little bit more about how this crop became important to the US check out this link.

This edible bean has a lot of uses.  A bean is made up of about 20% oil and 80% meal. According to NC Soybean Producers Association,  most soybeans are processed for the oil.  After the oil is removed, 3% is used directly in food products with the rest of the meal used for animal feed.

The United Soybean Board breaks down which animals are using soybeans as the protein source.

“The soybean meal fed in the U.S. goes to several segments of animal agriculture.

The oil is then used as food (68%) such as cooking oil – most cooking oils in the US that are listed as vegetable oil is soybean oil.   This oil can be turned into biofuel later.

The rest of the oil is used to create biodiesel and other products such as candles, paints and even plastics.   This crop is important to much of the farming community in United States. If  you would like to learn more there is a plethora of information about this subject on the internet. 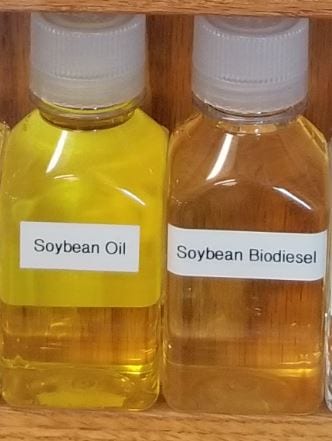 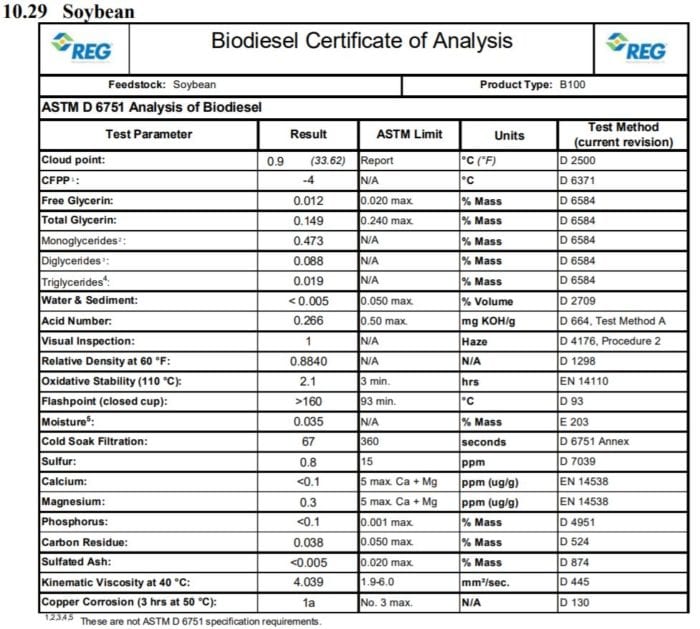 The Stillingia Oil from this study comes from the Chinese tallow tree (Triadica sebifera).  Common names for this plant include; Florida aspen, grey popcorn tree, candleberry tree or chicken tree. A native plant to Eastern China and Taiwan, while it can be an invasive species in the US.  This video from UF / IFAS Center for Aquatic and Invasive Plants  talks a little bit about how the plant looks and some of the characteristic of it.

This tree has spectacular fall colors and it loves warm, and moist climates. The tree grows up to 30 to 40  feet and loses its leaves in the winter (deciduous).

There are several uses for this tree, include soap made from the seed’s aril (the extra seed covering that are white and waxy in this plant).   Use as a nectar plant for honeybees. (source) In areas with seasons it is ornamental and displays beautiful colors along with being a great shade tree in the summer.

Finally, there is a large potential for biodiesel from the seed Oil. Biodiesel magazine talks about some of the potentials for this feedstock:

As a biodiesel feedstock, both the outer coating and the kernel of the tallow tree seeds are high in oil content, as the seeds contain 45 percent to 60 percent oil. Commercial plantations in other countries typically contain about 160 trees per acre, which are trimmed low for hand harvesting. Yields average 12,500 pounds of seed per acre, which can produce 2,300 pounds of stillingia oil, 2,500 pounds of vegetable tallow, 1,400 pounds of meal and nearly 5,000 pounds of biomass waste. In China, the meal is used as a high-nitrogen fertilizer. Breitenbeck says commercially produced trees average 645 gallons of oil per acre and some experts cite yields as high as 970 gallons per acre.

Since this is an invasive species in the US the benefits and the issues will need to be compared. 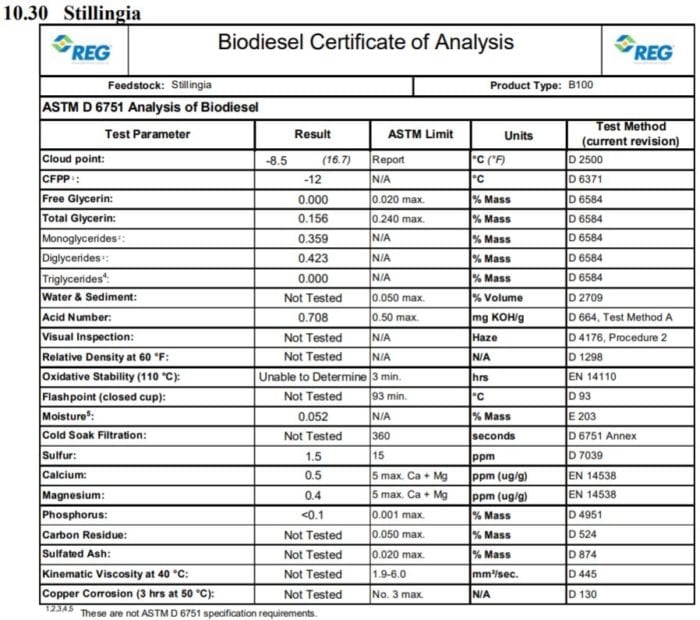