We are nearing the end of our journey, as there is only one more blog after this one. If you would like to look back and see all of the feedstocks we have covered start here with our first post.  In this post we explore the feedstocks Sunflower Oil and Tung Oil as we continue our look into different types of feedstock that Renewable Energy Group (REG) studied in 2009 in the Feedstock and Biodiesel Characteristics Report.

The Sunflower oil in this project was purchased from Jedwards, International, Inc.  The common sunflower scientific name is Helianthus annuus. 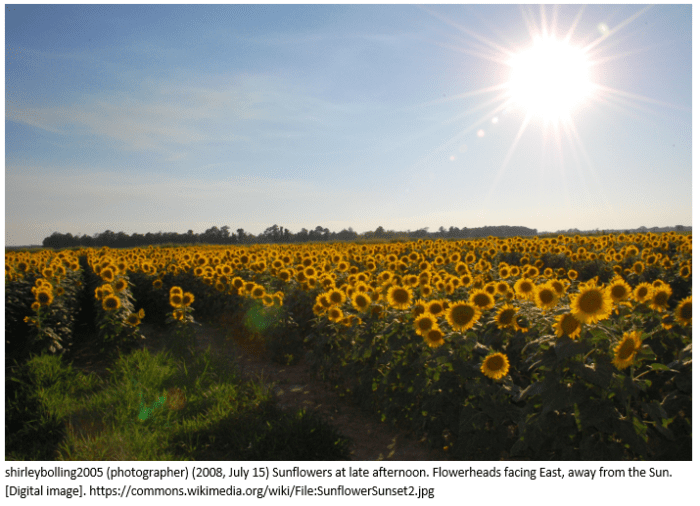 First domesticated in the Americas the plant was exported to Europe in the 16th century and has become a staple as a cooking ingredient.  According Wildflower.org the common sunflower prefers full sun and well-drained soil. The plant grows up to 8 feet tall and has coarse hairy stems and leaves. The flowers are bright yellow surrounding a central maroon disk, that as it matures, holds the seeds and produces the oil.

The most known uses for sunflower seeds and its oils include; foods, cooking oils and butters. The pressed seed oil is useful for food and the resulting cake (matter left after the oil is harvested) is commonly used as animal food. One of the more interesting uses for the plant is, that it can produce a natural latex in its leaves. This latex can be used to produce hypoallergenic gloves.  The purpose of this post though is to discuss the possibility of biofuel created from sunflower seeds. Biodiesel magazine talks about both the pros and cons for this plant as a feedstock option:

“Because sunflower oil is priced higher than soybean and canola oils, its use as a feedstock for commercial biodiesel refining may be hindered in the U.S. market, according to the National Sunflower Association (NSA). However, there is an interest in the tall golden flowers because the seeds yield about 600 pounds of oil per acre, considerably more than soybeans, which produce a little over 500 pounds per acre.”

Because of the high value of the oil in other areas, using the oil for biodiesel can be cost prohibitive.  Higher concentrates of oil per acre can be vital as more efficiency in  biofuel production becomes necessary. According to Farm Energy, 15,000 to 25,000 plants per acre can be grown.  This means that a small or large farm can use this crop profitably or simply in the production of fuel for that farm. 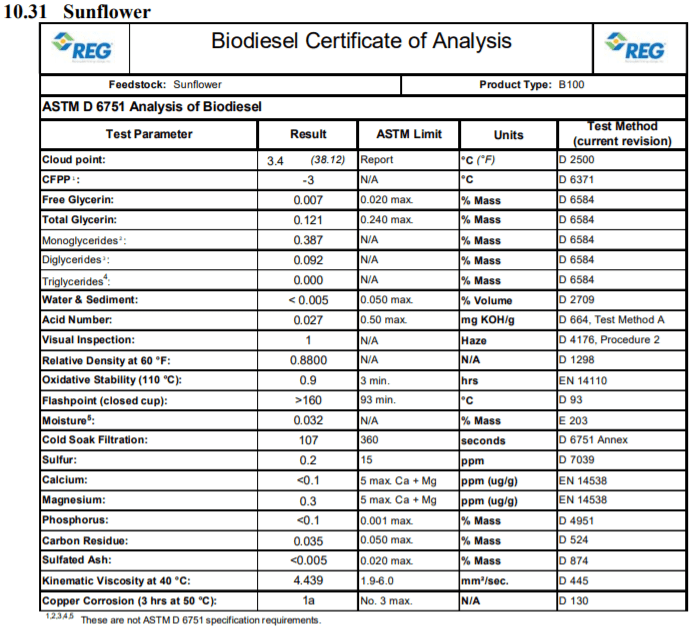 The Tung oil from this study was purchased from Sigma-Aldrich Co. The Tung tree, Vernicia fordii, is native to China and Vietnam.  This tree can be over 60 feet in height and is deciduous. 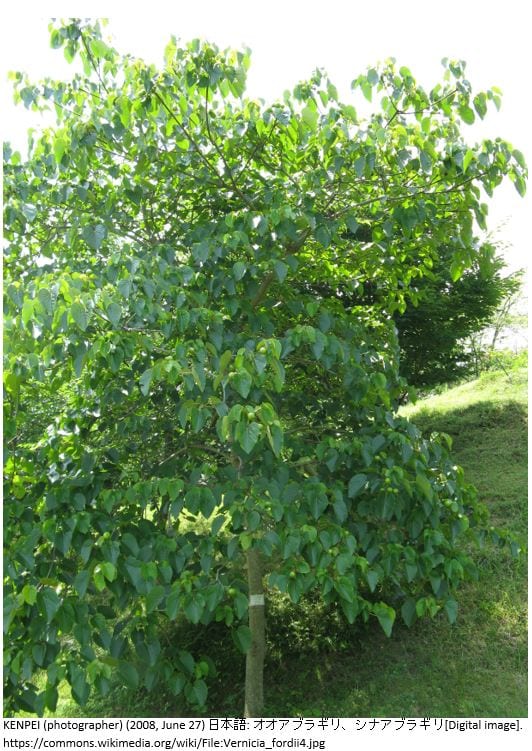 According to Texas Invasive Species Institute:

“The bark is smooth, thin, and exudes white sap when cut. The leaves are simple, heart-shaped or with three lobes, and 6-10 inches long. The white flowers have 5 petals with red veins, and they bloom before the leaves emerge. The toxic fruits can grow up to 3 inches in diameter and are reddish green when fully developed.”

This tree is valued for its oil from the seeds.  Traditionally this oil was used in lamps and even as waterproofing on boats.  In more contemporary time this oil is used in varnishes and paint.  This value encouraged the importation of this tree. According to Texas Invasive Species Institute there was over 10,000 acres planted in the United States in 1927.  Cultivation of this tree has waned in the US after frosts and hurricanes destroyed many of the plantations.

This is one feedstock that isn’t part of the food vs fuel controversy.  The Tung tree and its oil is poisons to humans.  Even one seed from the fruit can be fatal, with symptoms including slowed breathing, vomiting and diarrhea. 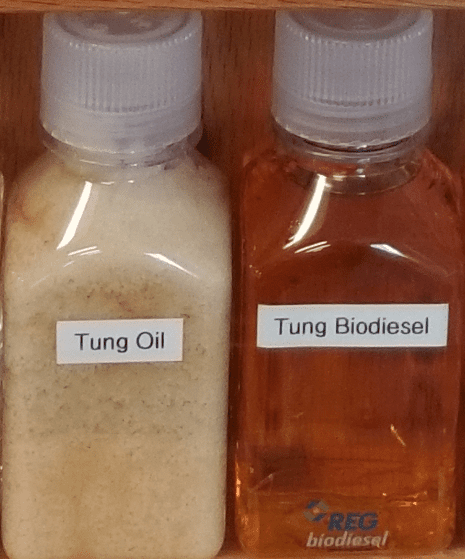 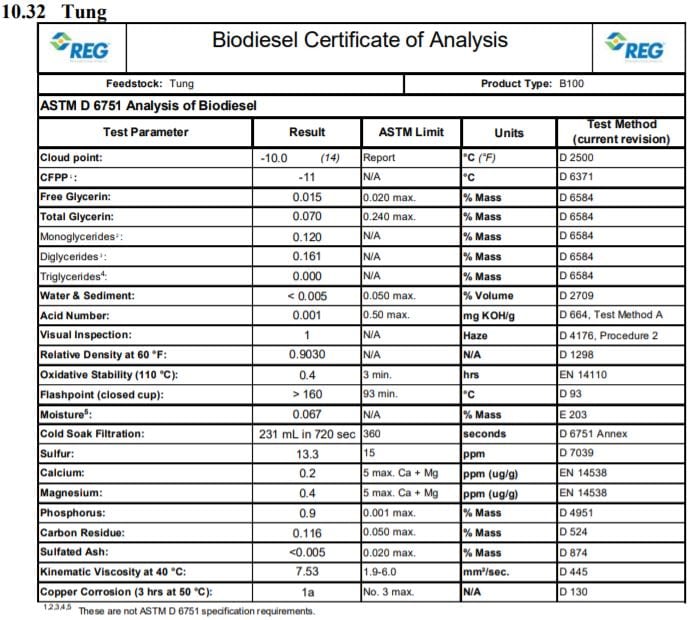