What is the difference between diesel fuel in Portland, Oregon and the rest of the Pacific Northwest? 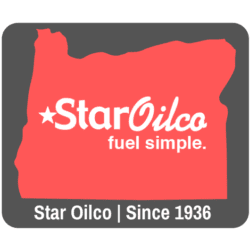 We are ready for your diesel needs be they off-road, on-road, biodiesel, renewable diesel, or anything else you want.

On the West Coast, expect biodiesel blends to be in all diesel fuel. B5 biodiesel being the most commonly found fuel. Be aware though, in Oregon,  B20 biodiesel (a 20% blend of biodiesel mixed with petroleum diesel) is extremely common at retail throughout the state. B5 through B20 blends of biodiesel are becoming more common as Oregon’s legal framework regulates CO2 emissions requiring diesel sellers to blend biodiesel or charge substantially more for every gallon they sell.

On top of that, Oregon has a 5% biofuel blend mandate that can include a number of fuels, most commonly biodiesel and renewable diesel. Washington state also has a mandate for 5% biodiesel though it isn’t as specific as the Oregon mandate.

That’s Oregon Diesel. What about Portland?

The city of Portland has a stand-along city fuel tax due to its policy goals (which cause it to codify rules for low CO2 fuels and the sources of diesel in particular), as well as its own budget needs.

A little known fact is that Portland, Oregon has its own biofuels mandate and fuel tax structure on diesel. This mandate affects all diesel equipment both on and off-road use. It does not affect boilers or HVAC systems though most people selling heating oil and boiler fuel are still handling a 5% biodiesel product to ensure they don’t cross fuel in violation of the law.

Functionally, the city of Portland’s mandate and Oregon’s specific mandate do not make a huge difference. Your biggest noticeable difference is the higher price due to the diesel fuel tax, given that Portland’s biofuel mandate now overlaps with Oregon state’s fuel mandates.

For more on the actual code for biofuel mandates in Portland, see the Portland City Code.

Until 2019, Portland had a 5% biodiesel “methylester” mandate. This meant that Portland mandated that all diesel fuel sold inside the city must contain 5% of biodiesel or sellers of fuel inside city limits would face a fine. For years, Portland actually checked every seller of diesel for a 5% biodiesel blend in person annually. This mandate also included feedstocks and did not allow for palm oil sourced biodiesel, as palm oil is responsible for a large amount of deforestation in Indonesia and other places. The Portland mandate required that half of all biodiesel blended to meet the 5% mandate must be derived from canola and waste vegetable oil sources, as Oregon can produce them.

In 2019, the city of Portland suddenly lined up their mandate to match the state of Oregon’s, which allows for renewable diesel to be used as a feedstock. Anything derived from palm is still a barred feedstock for the fuel to meet Portland mandate requirements (which is distinctly different than Oregon’s biofuel mandate). 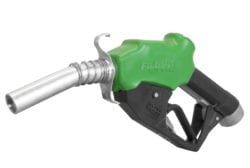 In 2016, the city of Portland, Oregon created its own diesel tax of $.10 a gallon. This tax is on both gasoline and diesel fuels sold at retail or commercially.  If you are operating vehicles over 26,000 GVW that are exempt from Oregon road tax, Portland also has a weight mile for those tax exempt vehicles.

If you are fueling inside the Portland city limits, that diesel tax will be charged at the pump when you fill up unless you are a P.U.C. tax exempted vehicle in Oregon.

Find a list of every diesel and gasoline tax by city and municipalities in Oregon see the Oregon Fuel Tax Group.

If you have any questions about Portland, Oregon diesel fuel standards please feel free to call or message Star Oilco for more information.

Star Oilco is here to be your Bulk Fuel Supplier in Portland, Oregon.

Every Question Star Oilco has been asked about Biodiesel

Every Question Star Oilco has been asked about Off Road Diesel