With the rise in awareness surrounding biofuels, recognition of ethanol and its place as a fuel alternative has become more widespread. But even with its growing popularity, few people understand what ethanol is, where it comes from, or what its potential effect is on our environment.

In a basic sense, ethanol is an alcohol derived from plant materials, such as corn and grain. It is a renewable fuel for regular 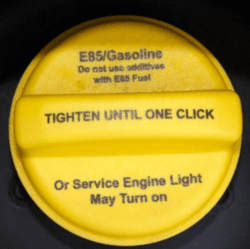 gasoline engines, much like biodiesel is for the diesel engine.

Ethanol has a naturally higher octane rating than gasoline, which results in higher horsepower and better performance when used in vehicles. It is blended with gasoline at fuel terminals which is then distributed to fueling stations.

What kinds of ethanol blends are available?

United States fuel standards require almost all gasoline to be sold as E10 (10% ethanol blend),  for the purpose of reducing air pollution. Other common blends are E15 and E85.

E15 is classified as any blend containing 10.5% to 15% ethanol. While it does not qualify as an EPAct alternative fuel, it still helps meet federal alternative fuel standards, and is approved for use in model year 2001 or newer light-duty vehicles.

E85 is classified as a blend containing 51% to 83% ethanol and does qualify as an EPAct alternative fuel. It can only be used in flexible-fuel vehicles, which are alternative fuel vehicles with an internal combustion engine designed to run on more than one fuel in the same tank. Ethanol flexible-fuel vehicles are the most commonly available with over 50 million manufactured and sold worldwide by 2015. One way to tell if your vehicle can run E85 is if it has a yellow gas cap with some sort of note mentioning E85.

As of 2015, Oregon and Washington state were both using more than 10% of Ethanol per gallon. Your local provider Star Oilco has both E10 an E85 readily available for any low CO2 fuel needs. 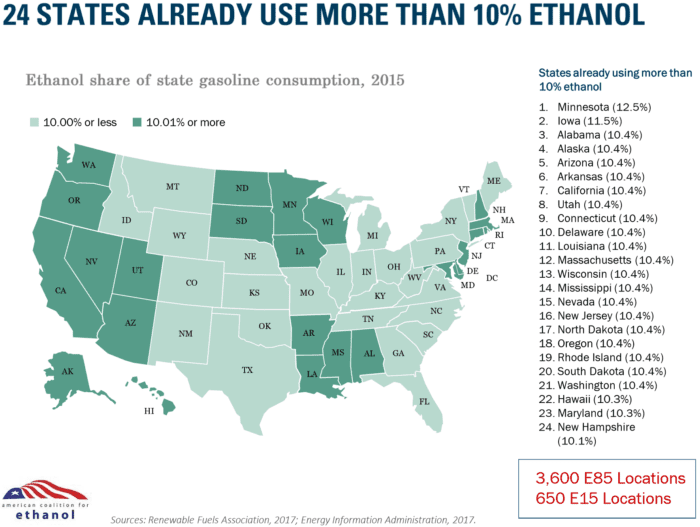 Like other alternative fuels derived from biomass, greenhouse gas (GHG) emissions are offset during the production process. Carbon dioxide is captured when the feedstock crops are grown to produce ethanol. Based on a life-cycle analysis, ethanol reduces GHG emissions by an average of 34% and up to 108%, depending on the production method.

DO YOU HAVE AN ETHANOL QUESTION?

Our Sales Team will take your current fuel bill and compare it directly to what Pacific Pride or other fueling methods cost. We will quantify the value of a secure, 24 hour convenient and everywhere solution for your business. If you want to get in touch after business hours, you can email us for more information: OrderDesk@Star Oilco.net

What Are the Rules for Getting a Pacific Pride or CFN Card in Oregon?

What are the rules for getting a Pacific Pride and…

How to Control Fuel Theft and Track Fuel Spending in…

WE LOAN DIESEL TANKS FOR CONSTRUCTION PROJECTSDYED OFF ROAD DIESEL…