In-depth look at Biodiesel as a heating fuel | Star Oilco

In-depth look at Biodiesel as a heating fuel

In a recent study, the viability of biodiesel – also known as bioheat – and its use as a heating oil was examined. 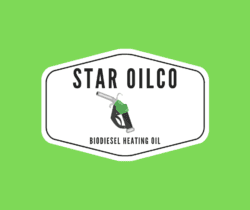 TL:DR Biodiesel up to B20 and beyond do not require equipment changes or settings. Home heating systems have used biodiesel since 2000 and have shown no significant issues compared to standard fuel.

Use of biodiesel reduces GHG (Greenhouse Gas) by 50% – 86% compared to petroleum diesel, according to NORA.

In a study from Brookhaven National Laboratory that was submitted to the National Oilheat Research Alliance (NORA), Dr Thomas A. Butcher and Rebecca Trojanowski studied the use of Biofuels in Heating Oil and any possible issues that could result from usage.

Biodiesel mixtures are labeled as B* where the * is the percentage of biodiesel. For example B20 would be 20% biodiesel and 80% petroleum diesel.

By breaking it down into 5 separate studies and a review of actual field use for nearly 20 years, they set out to evaluate the possible fail points of using B20 and higher heating oil blends.

From the start, the pump shaft seals were identified as the area with the most concern of failure. So, this is where the study began. They identified the most common seals in pumps for North America were nitrile material. The study then focused on this material.

For this part of the study, they took the nitrile material and immersed it in different biodiesel and No.2 fuel blends. They soaked these for 670 hours at 125 °F.  The samples were than checked to see if the hardness changed, looked at swelling, tensile strength, and compression deformation.

Results: There were no significant changes for the nitrite for fuels meeting ASTM standards. This includes biofuel up to B100. The one concern was fuel that had acid numbers above 2 could lead to accelerated degradation. B100 standards call for acid numbers 0.5 and below.

This second test also dealt with the same seals. The difference in this test was that the pumps were in continuous action. They set up 42 pumps to run for 11 months. A pump would run for 5 minutes and then turn off for a minute. This resulted in 80,000 on/off cycles in a period of 8,030 hours. During this time no leaks were observed in any of the pumps.

Result: There wasn’t any difference in degradation between using B0 and B20.

Copper fuel lines are installed in many older oil heating homes. This was due to lower cost and the fact they were easy to manipulate during installation. This could be a problem because No.2 fuel and biodiesel could accelerate the oxidative degradation of the fuels when exposed to copper.

This experiment consisted of using 10 inch tubes filled with different levels of biofuels: B0, B20, and B100. These would be stored at 70 °F  for 6 months in 3 types of tubes: stainless steel, old copper (a fuel line that had been in service for 30 years), and new copper. Most systems only would expose the copper pipes for a very limited time, so 6 months for any exposure is an extreme amount of time.

Results: An acid value of 2 was shown to degrade nitrile material in the earlier experiments. None of the fuel crossed this mark. The closest was B0 in the stainless steel. This fuel got to 1.5 from .04 (where all the fuel started). These tests were considered to represent summer shutdown of a heat-only boiler or furnace.

In addition to copper fuel lines, the other major source of yellow metal would be the brass nozzles. Most fuel isn’t in the nozzle long enough to cause any changes, but the fuel left unburned between firings is exposed to higher temperatures then those in the lines. It was decided to try and see if there was changes for this exposure.

The experiment was open top glass beakers with brass and stainless steel nozzles stored in B0, B20, and B100 levels of fuel. This setup was stored in an oven at 175 °F for a week.

Result: The result was a relatively small increase during this time. Even after the experiment was continued for another 4 weeks the numbers represented no significant differences.

The goal of this experiment is to evaluate the proper atomization and combustion performance of biodiesel blends in heating oil systems and to see if there was any issues with flame sensor operation and effectiveness.

The fuel for a home heating oil system requires the fuel to be pushed through a 10 micron filter and then pushed into a fire box at 100 – 150 psi and ignited. This is compared to a diesel engine that have a nominal pore size between 2 and 30 microns and then injected into the system at 20,000 psi.

According to the study, “In comparison to the… diesel engine, heating oil systems are open flame systems and excess air is used to ensure complete combustion. The amount of excess flue gas oxygen is generally between 3% and 6% excess O2 or 15% and 40% excess air to minimize smoke and ensure very low levels of carbon monoxide.” These are usually set by a technician and then re-checked on service calls every 1 or 2 years. “Since properly operating home heating oil systems burn the fuel completely in excess air and emissions are low… Due to this clean combustion, heating oil emissions are typically not measured or monitored, with the exception of smoke and CO.”

The testing was set up first for conventional No. 2 fuel and then adjusted for B100 fuel.

Result: Showed that B20 performed at the same level as regular No. 2 fuel and the bio blend could go all the way up to 50% before the need to adjust the airflow. So, the conclusion was that if the unit is running higher levels of biofuel, the air input needs to be adjust to optimize fuel combustion and reduce CO or smoke.

Biodiesel blends have been used in the field for heating oil with some using B20 and above since 2005. Part of the study was reviewing customers that have been using B20 above. Of the surveyed providers, none reported a change of any burner or system components.

The report continues to talk about the levels of biofuel that was being used and the condition the fuel was in. Basically it was found that there was no difference from the standard petroleum only fuel.

So the good news, according to this report, is that if you want to use biodiesel up to B50 there appears no difference in settings or maintenance. As long as a reputable dealer that uses biodiesel that uses ASTM D675 for its B100. 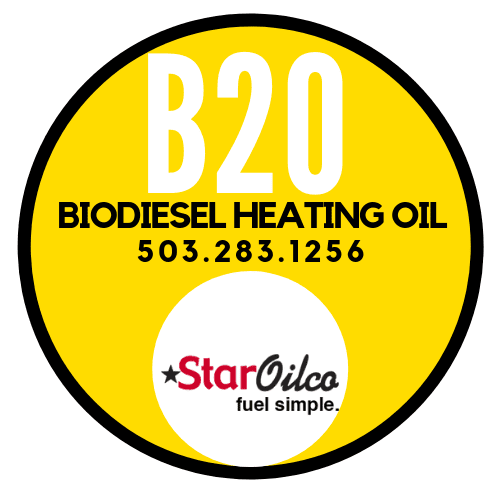 How to order biofuel as your home heating oil.

Every question Star Oilco has been asked about Heating Oil.

If you want to know a little it more about Bio-fuels and what feedstocks can be used.