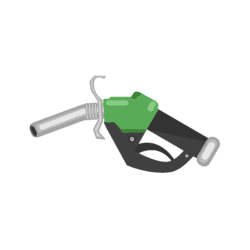 As we enter the Memorial Day holiday weekend, driving season is officially in full swing. Gas and Diesel prices are rising along with the higher-over-all commodity price of fuel underlying that trend.

At the beginning of the year we predicted 2018 would be $.50 higher than 2017 and unfortunately we will reach that for sure. Looking back we are a full $1 a gallon over the 2016. The economy is hot and fleets — as well as consumers — are bearing the effect it has on fuel prices.

AAA Oregon/Idaho released an article outlining the high cost of gas trend, along with city-by-city details that compare the maximum expectation of today’s fuel price to the 2008 ceiling. Current prices are cresting the low $3 range. The historic highs shown remind us that fuel prices can continue to rise if the market continues to tighten between the futures market, crude supplies and the finished Pacific NW specialty fuel standards that are required in Oregon and Washington.

Oil Pricing Information Service (OPIS) editor Tom Kloza was quoted this week as warning that, in 2018, gas prices will continue to move towards historic highs, and that $4 per gallon gas and diesel may be the reality both fleets and consumers face. In a nutshell, we warned that 2018 gas prices would be higher than 2017 and it appears they have increased faster than expected. The only silver lining for gas prices flattening out is a rumor that OPEC might increase their production volumes. This is still just a rumor though, or a well-educated assumption at best.

AAA Oregon also shows the retail price average for the state to be $3.31 — roughly $.50 a gallon more than the previous year’s $2.34. Diesel boasts an even higher price increase of $.70, rising to $3.39 versus $2.69 a gallon a year before. (Who remembers the world before 2007 when you could never imagine $2.69 a gallon would be a screaming deal for filling your pick-up truck?!)

We are at the very beginning of the driving and construction season, so prices are definitely going to continue to increase throughout the summer. If you are a large-volume fuel buyer capable of buying 40,000 gallons a month and have budgets where fuel expenses are hard to pass along to the customer, now would be a safe time to look at a contract price for fuel over the summer months.

Now, compare this over time with a chart provided by Gas Buddy.

U.S. gas prices are consistently much lower than Oregon and Washington. Seattle and Portland street prices follow each other with a consistent differential between the two. Across them all you can see crude’s commodity cost slash upward. Street prices will no doubt follow and catch up with that trend.

Not mentioned in the mainstream media is another trend to consider in Oregon — Oregon has a Low Carbon Fuel Standard (LCFS), which is quietly enforced and affects our fuel market. With a hot economy and fuel volumes rising, this creates an interesting and unknown market effect. Basically, Oregon’s LCFS caps importers of petroleum-based fuels from selling fuel that will eventually emit more CO2 without paying for it. The cost of CO2 is capped at $.30 a gallon by the state of Oregon.  Regardless, those who import refined fuel into Oregon will have to either blend a significant portion of ethanol, biodiesel or renewable diesel with each additional non-historic gallon they sell, or pay a fine. Given that fuel volumes are a moving target, this approach could create extreme price pressure on petroleum products as the deadline to settle up with Oregon on their CO2 ledger approaches.

It’s a difficult time to be a fuel buyer on a budget!  Fuel surcharges and other back fill measures are already creeping into the economy as fleets track this unpredictable rising cost. If you operate a commercial fleet and you have questions about future pricing, contract pricing or budgeting for fuel costs over the next year, we recommend auditing how you currently buy fuel as a first step.

Reach out to Star Oilco if you have any questions, needs, or comments.