Corporate fueling in the past was a far more complicated task than today’s Pacific Pride, WEX, Voyager, Fuelman, and CFN fleet cards.

Prior to commercial cardlock and computerized site controllers for fleet fueling management, Key Locks were the standard. The way that Key Locks worked was simple. A vendor of fuel would set up a commercial fuel island or stand alone tank for diesel. Multiple commercial fleets would use the site reducing the overall cost of fuel and improving convenience.

Fuel inventory and billing was managed with the Key Lock system. Each fleet using a site was issued their own key. That key would turn on the pump, but would run the gallon transactions through a distinct totalizer. At the end of a week or month the company selling the diesel would take down the totalizer number and bill each individual firm for their share of fuel. The pictures below show an old school Key Lock system. Notice the side where there is a stack of different totalizers next to a key point. That’s how it worked prior to today’s modern cardlock systems. Easy and secure in analog time. 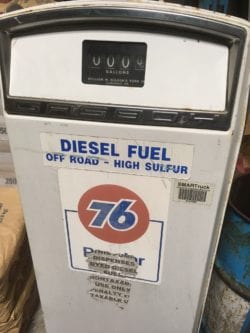 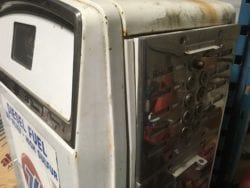 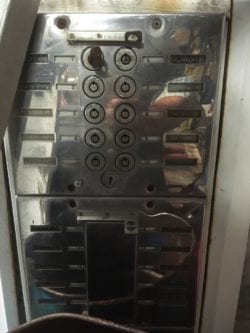