Why can't I pump my own gas in Oregon? | Star Oilco

Oregon and Self-Serve Laws at the Pump

Why can’t I pump my own gas in Oregon? 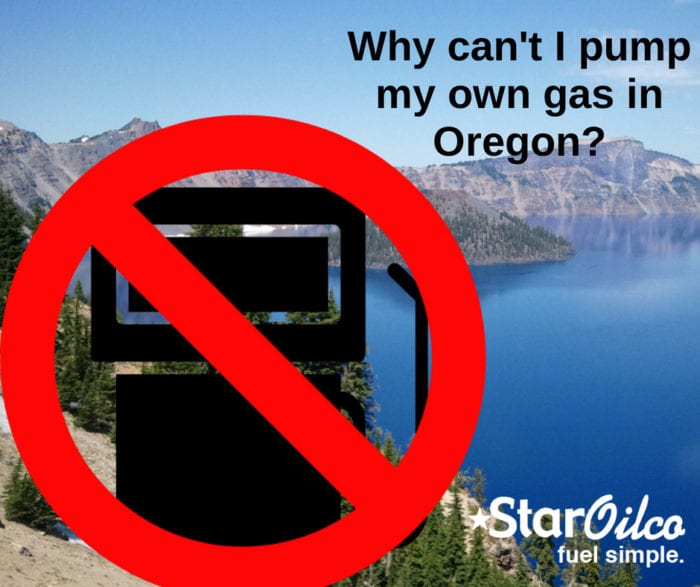 In Oregon there are self-serve and full-serve counties.  The more urbanized counties require an attendant serve you with gasoline.

(NOTE: If you operate a business in Oregon and want the ability to have commercial vehicles use a 24-7 card lock location here are the rules for getting a Pacific Pride or CFN cardlock card for self serve gasoline.)

Oregon is one of only 2 states that has laws against people pumping their own gas (New Jersey is the other). Oregon first put these rules into place back in 1951. At this time, lawmakers decided that only trained service station workers should be able to pump their own gas. (More info here) This made more sense at that time, since most states had similar rules. Gas station pumps didn’t have all of the safety features they do today. Pumps were also more complicated than an average person was prepared to use. For context, if you were dialing long-distance on your phone during this time you would speak to an operator and someone would physically connect you. 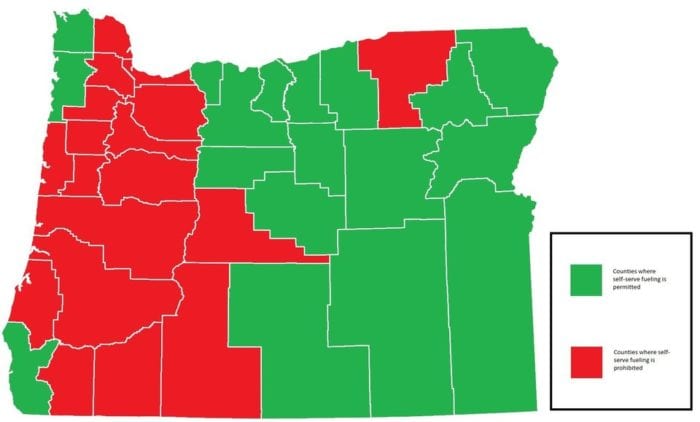 Since 2015, some counties have allowed Oregonians to pump their own gas.

In 2015, Oregon relaxed some of the laws in 15 rural counties; those with less than 40,000 residents. From 6pm to 6am they allow self-serve at some fuel providers.  This allows these stations to stay open 24 hours a day.

In January 2018, this expanded to 24 hours a day for those locations that didn’t have a market or convenience store attached. (See list of counties here) The green areas in this map show where you can pump your own gas in Oregon. Although the coastal counties are limited to the 6pm to 6am times.

On March 28th, 2020 to May 23rd, 2020 self-serve laws were temporarily changed. (source)  This change was to help stations with sick employees or ones that were worried about becoming sick.  Some stations opened up self-serve across the board, others allowed self-serve with attendants regularly cleaning contact surfaces between customers.  Most sites reduced hours of operation to cover the shortage of employees and reduced need for gas.

What is the punishment for pumping your own gas?

The Oregon State Fire Marshal (OSFM) is responsible for enforcing this rule and they can fine the gas stations that violate this up to $500. There is nothing in the Oregon State Statues that imposes a fine on customers that pump their own gas.

The likely consequences for someone self-pumping at a retail station, would result in a customer being trespassed from the premises.

With only 2 states still requiring a pump attendant the question remains: Why does Oregon not allow customers to pump their own gas?

There are officially 17 reasons that Oregon requires a pump attendant.  Read this article for more detail. These reasons can be condensed down to 3.

It should also be noted that a large percentage of Oregonians enjoy having someone else pump their gas.

There are still ways in Oregon that residents in all counties can pump their own fuel. 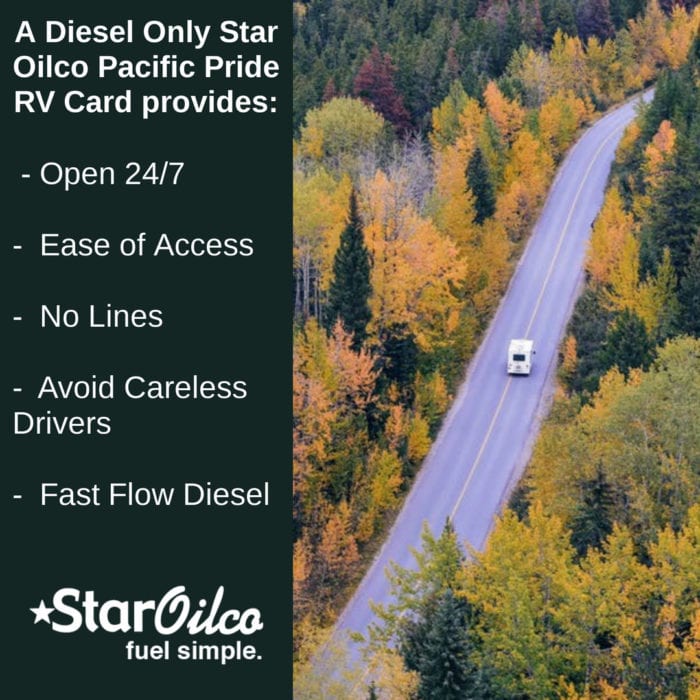 Some retail stations allow customers to use the diesel pumps on their own. This can be spotty though.  If you would like a more consistent ability to fuel your own diesel vehicle you can apply for a fuel cards at CFN or Pacific Pride cardlock locations. Customers can use one of these locations with a card and pump their own fuel. These cards are diesel-only and require no minimum purchase per year.

Fueling at a CFN or Pacific Pride Card lock location is a great option if you’re fueling vehicles such as a diesel powered Recreational Vehicle (RV), motor home, or you’re driving a truck pulling a boat or trailer.

The larger lanes and less crowded locations can save a lot of time and potential accidents. Many cardlock locations even include bulk DEF. These stations are used by commercial vehicles with larger tanks and the fuel tends to be used faster.  As a result the fuel tends to be fresher at these locations as it cycles through more often.  Retail stations with low diesel volumes can see issues with fuel when it isn’t used as quickly.

Many cardlock locations also provide choice of fuel B20 (B20 stands for 20% biofuel) to the standard B5 that Oregon requires.  In addition, as renewable diesel begins to show up in Oregon the first fueling stations to likely see this fuel will be cardlocks.

Oregon has recently had legislation introduced that could change the type of diesel sold in Oregon.  For updates on this we suggest you visit this page:  Oregon Legislature proposes an end to petroleum diesel

Business Owners and Commercial Use Fuel 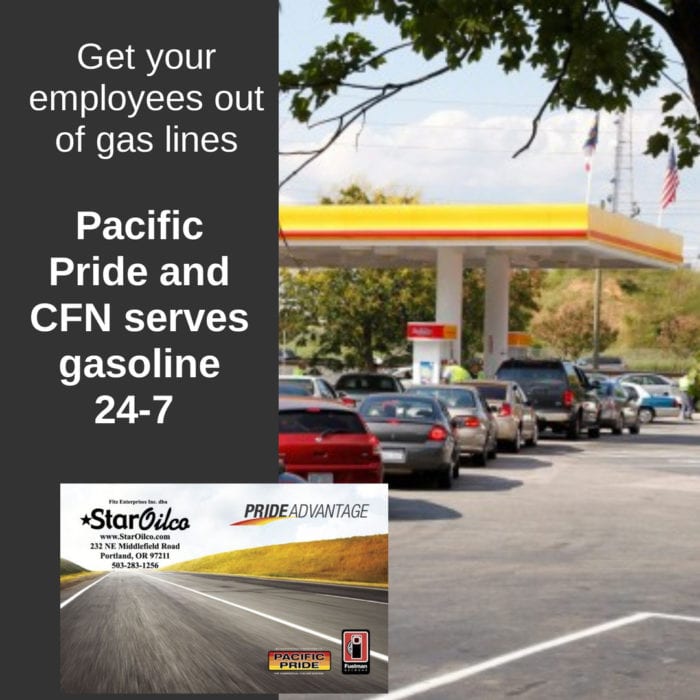 The primary way to access a commercial cardlock is if you’re a business owner. You also have to agree to can use 900 gallons of fuel in a year. You are eligible for a Pacific Pride and CFN commercial/corporate card that can include gasoline.

Some of the ways to prove you are a business owner are:

For most locations the savings at the cardlock pump (you’re only paying your employee to pump gas, not the service stations employee) plus the time savings make these very attractive to small business owners and big business owners alike.

In addition, to the convenience that these company fuel cards bring, is that owners and managers can control how the cards are used and even when they can be used. (For more information click here).

For better or worse, Oregon continues to be one of the few places where most people aren’t allowed to pump their own gas. As technology advances and employees become more expensive things may change. But this is Oregon… who knows?

For more information or if you are curious about using a Pacific Pride or CFN cardlock location, feel free to let us know with a message below.